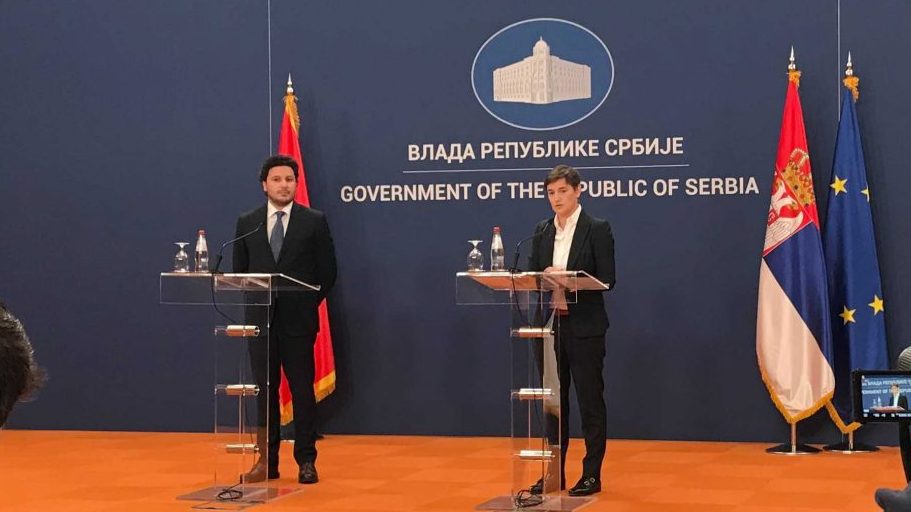 Serbian Prime Minister Ana Brnabic said his Montenegrin counterpart, Dritan Abazovic, had “drawn his attention again” to the issue of the former president of the State Union of Serbia-Montenegro from 2003 to 2006 who avoids justice in Montenegro and hides in Serbia. , but gave no details.

“The relevant authorities … in Serbia are dealing with this issue, so you will get an answer soon,” Brnabic told a joint press conference in Belgrade.

At the start of Abazovic’s two-day visit to Serbia today, according to their statements, he and Brnabic agreed on many economic and energy issues.

But the question of Svetozar Marovic remains unresolved. Abazovic told the media he expected it to be resolved but ‘cannot pressure’.

Marovic, once a close associate of Montenegro President Milo Djukanovic, has been in hiding from justice in Serbia since 2016, avoiding a three-year and nine-month prison sentence for corruption.

In August 2021, Abazovic, then deputy prime minister of Montenegro, asked Serbia to extradite the fugitive ex-president, pointing out that his prison sentence expires under the statute of limitations in 2026, which means he would be free in five years.

Part of his sentence, a one-year prison sentence imposed in lieu of an unpaid fine of one million euros, has already expired.

He was arrested in Montenegro in 2015 on a series of corruption charges linked to his hometown of Budva and, after signing a plea deal, was sentenced in September 2016 to three years and nine months in prison. He was also fined just over a million euros.

His son, Milos, also pleaded guilty to participating in an illegal sale of land in a village near Budva which prosecutors say cost the municipality 1.4 million euros. He was sentenced to one year in prison and ordered to repay 380,000 euros. The two men fled the country and have reportedly lived intact in Serbia ever since.

In 2019, Montenegro formally requested Marovic’s extradition from Serbia. In December 2020, after BIRN published an investigation indicating that Milos Marovic had amassed agricultural land in Serbia worth more than €1 million, Montenegro’s new government said it had renewed its extradition request.

Serbia’s Justice Ministry has repeatedly denied BIRN’s request for information on the status of Montenegro’s extradition request, saying its laws require it to ‘maintain confidentiality’ on the matter. affair.

Under the Serbian Law on International Legal Assistance in Criminal Matters, when the Ministry of Justice receives a request for extradition, it forwards it to the competent courts.

But the Belgrade High Court told BIRN in December 2020 that no request for Marovic’s extradition had been received.

Despite the arrest warrant, Serbian police never detained Marovic. After Montenegro’s Ministry of Justice sent an extradition request in April 2019, in December of the same year the ministry told BIRN that it had received no official response from Serbia to the request.

After Croatia, Slovenia, Bosnia and Macedonia left the former Yugoslav federation of six republics in the early 1990s, Serbia and Montenegro created a loose new “union of states” of the two republics, which lasted until 2006, when Montenegro declared its independence.