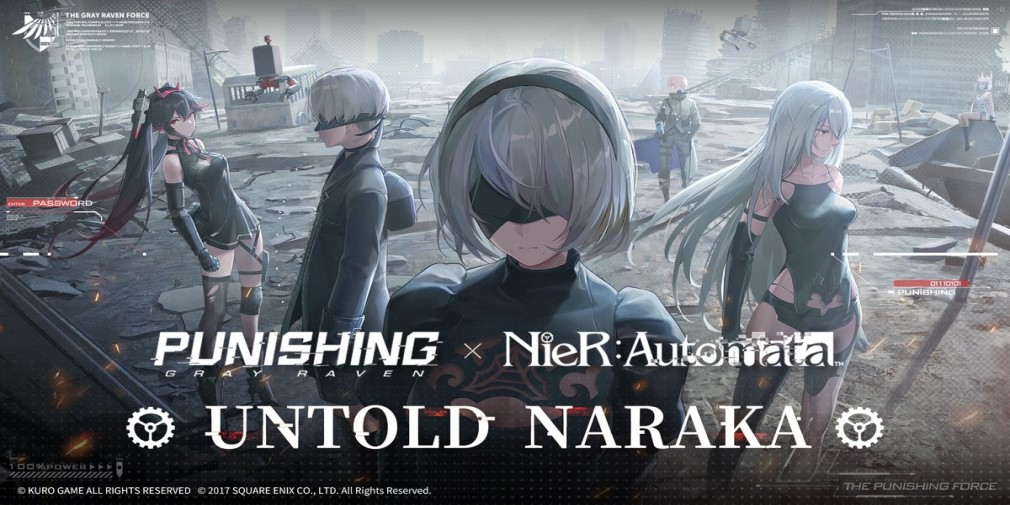 Kuro Game’s mobile sci-fi RPG Punishing: Gray Raven has just announced its next update, Untold Naraka. It features collaboration with the popular video game – NieR: Automata. Along with that, Gray Raven also recently celebrated its one-year anniversary by hosting a YouTube live stream on July 4th. In the year since its launch, the game has racked up over 20 million downloads and featured numerous updates such as Frozen Darkness, Lost Chapter, and the most recent Fake Ascension. The developers are also giving away a bunch of in-game rewards to commemorate the occasion, so be sure to grab them!

As for the NieR: Automata crossover event, the Untold Naraka update brings new unlockable S-rank builds – NieR’s 2B, 9S, and A2 into the fray. Each of them will be accessible through different methods. 2B, with a Virtuous Contract mod will be available through a Gacha event. 9S, on the other hand, which has a Cruel Oath Mod will be given away for free to everyone through a login event. Finally, A2, along with the Type-40 Lance Mod, can be obtained by collecting its shards which will be earned through the collaboration event.

All three builds will also have their own coatings. 2B is the reveal outfit, 9S gets the young man’s outfit, while A2 will be seen wearing his Destroyer outfit. The update also changes the gameplay quite a bit, with players tasked with making crucial decisions as the story progresses. Additionally, players will face the new boss – Machiavelli whose drip is still on point. There’s also a new stage and theater set to look out for.

Start playing the Punishing: Gray Raven x NieR: Automata crossover now by downloading the game for free by tapping one of the links below.

Also check out this list of the best JRPGs to play on mobile right now!