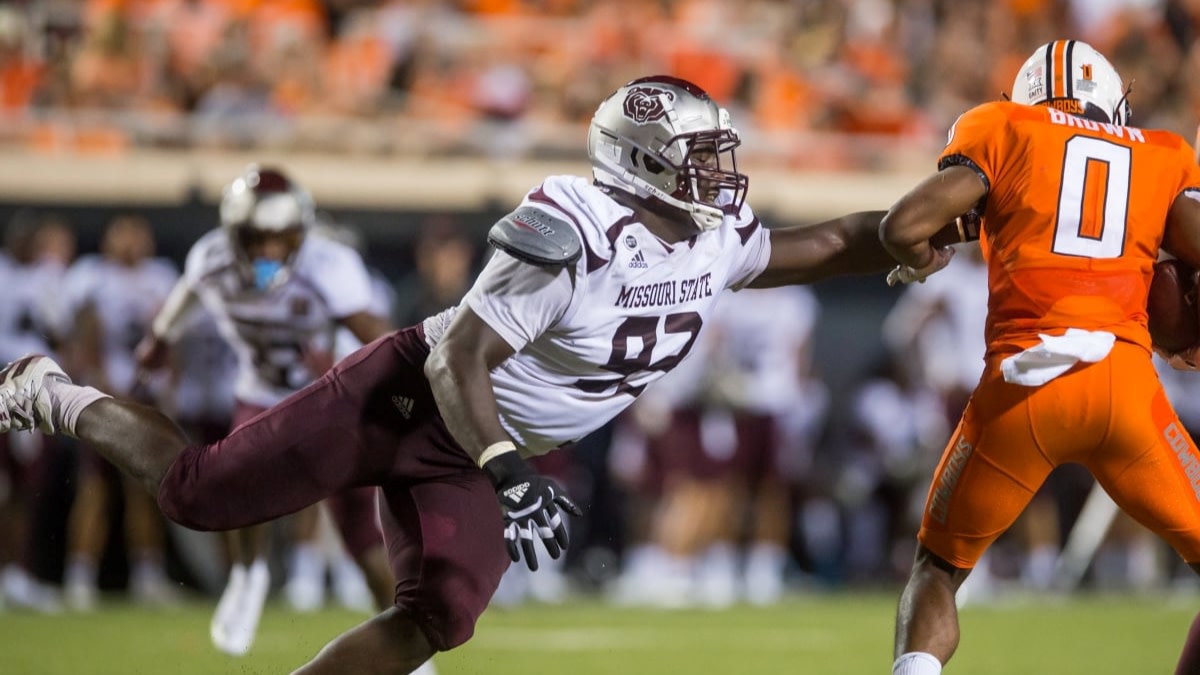 GREEN BAY, Wis. — The Green Bay Packers will host Missouri State defensive lineman Eric Johnson on a pre-draft visit, according to a source.

Aaron Wilson of Pro Football Network was the first to report the visit.

Taking advantage of the COVID bonus year, Johnson has played a school-record 55 straight games as a five-year starter for the Bears and has been a Missouri Valley second-team selection each of the past two years.

As a sixth-year senior, he recorded 43 tackles, including 1.5 sacks and 6.5 for losses, and added three blocked kicks. In his last collegiate game, an FCS playoff matchup against Tennessee-Martin, he dominated with 11 tackles, one forced fumble and one blocked kick.

He finished his career with 6.5 sacks and 19.5 tackles for losses.

Johnson was picked for the NFLPA Collegiate Bowl, where he had a sack. Then his agent, Harold Lewis, had him added to the Senior Bowl roster.

“Even going through this, it still felt like a dream,” Johnson told Pro Football Network. “I was excited about the whole NFLPA, and I was on a plane home and thinking about practicing again and getting ready for the pro day. My agent called me as we were leaving the gate and said, “Hey, we got you into the Senior Bowl, you gotta get off the plane!” and I was like, ‘I can’t stop this plane!’

“It was so cool. Just the fact that people kept telling me that I had worked so hard and done so well, and your performance gave you that opportunity. That part is really stuck. Because of what I did, the way I acted and what I filmed, it opened this door for me It was this image that remained, that I deserved this , that I deserved to be there.

His work at the All-Star Games, and then his practice, led him to consider going in the middle of day three.

Johnson’s father, Eric Johnson Sr., was a defensive lineman at Illinois State before embarking on a pro career that included stints in the CFL and XFL.

“I talked to my dad and he gave me advice,” Johnson told the Springfield News-Leader recently. “Now that we know we can officially make it happen and we have the capability, that can’t be the only goal.

“We have to raise the bar. It was all ‘let’s get into training camp’ or ‘let’s get drafted.’ Now it’s “We’re trying to be on a team, we want to be on the roster and we want to make it on a team.” We want it to last. »