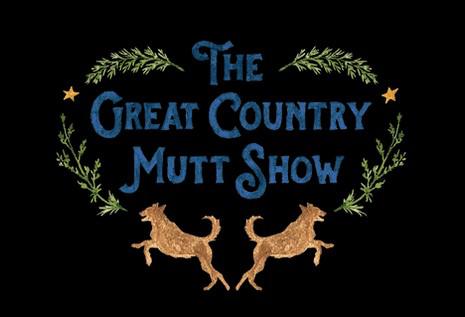 LAKEVILLE — The thrill of canine competition will be in the air when The Little Guild’s Great Country Mutt Show takes place at Lime Rock Park, from 11 a.m. to 2 p.m., June 5.

Free and open to the public, the event is a Westminster-style dog show that celebrates all breeds and will be held rain or shine. Competitive categories include cutest carry-on, sweetest pair of dogs, best ears, wagging tail, best paw shake, best trick, most unidentifiable mix, dog that looks like the most to his owner, the best senior and the best dog over 40 pounds.

New to the show this year is a pet and parent fashion show that will be judged by Michael Musto and Mickey Boardman. According to event organizers, Musto is a longtime columnist for the Returning Village Voice, with Musto prominently on board. He’s also written for Vanity Fair and The New York Times, written four books, won eight Best Writer Glam Awards, and currently streams on Netflix, FX, Amazon Prime, and Showtime. Mickey Boardman, aka Mr. Mickey, is the editorial director of Paper Magazine, in addition to being a self-described humanitarian and shopaholic. Mickey is currently promoting her glamorous yet affordable fashion line for liverocket.com.

Returning this year as judge, state representative Maria Horn, D-Salisbury and Richard Schlesinger as master of ceremonies. According to organizers, Schlesinger, a dedicated and longtime supporter of the Little Guild, is an Emmy Awards news correspondent widely known for his extensive work on 48 Hours and CBS News Sunday Morning. Renowned theater animal trainer Bill Berloni will be one of the judges. Berloni was just 20 when he found a rescue dog to train to play Sandy in the original production of Annie, beginning his career-long commitment to training rescue animals for Broadway, off-Broadway , national tours, regional theaters, special events, New York City Ballet, film, television and commercials.

There will be live music by the Joint Chiefs, a silent auction and food available at Ben & Jerry’s, Greenhouse Tavern, Lemongrass Grill and Lime Rock Park as well as refreshing local beers from Great Falls Brewery. Tito’s Handmade Vodka, Vodka For Dog People, is a sponsor of The Great Country Mutt Show, and will have a tent available providing dogs with a hydration station and dog tag burner, as well as fun dog events and the people. Little Guild t-shirts designed by talented Litchfield artist Greg Domres will be available for sale.

“The Great Country Mutt Show is energizing, entertaining and a spectacular celebration of every dog ​​and all that they bring to us, every dog ​​is a winner. It is also an opportunity for us at the Little Guild to say thank you to our greater community for their continued support of our mission,” said Jenny Langendoerfer, General Manager of the Little Guild.

“This year promises to be a particularly robust one, Lime Rock Park is scenic and the Lime Rock Park team have been very supportive and helpful in planning the big day. With their support, along with our amazing sponsors, Tito’s and Hammertown Barn, the day promises to be special for all involved,” she said.