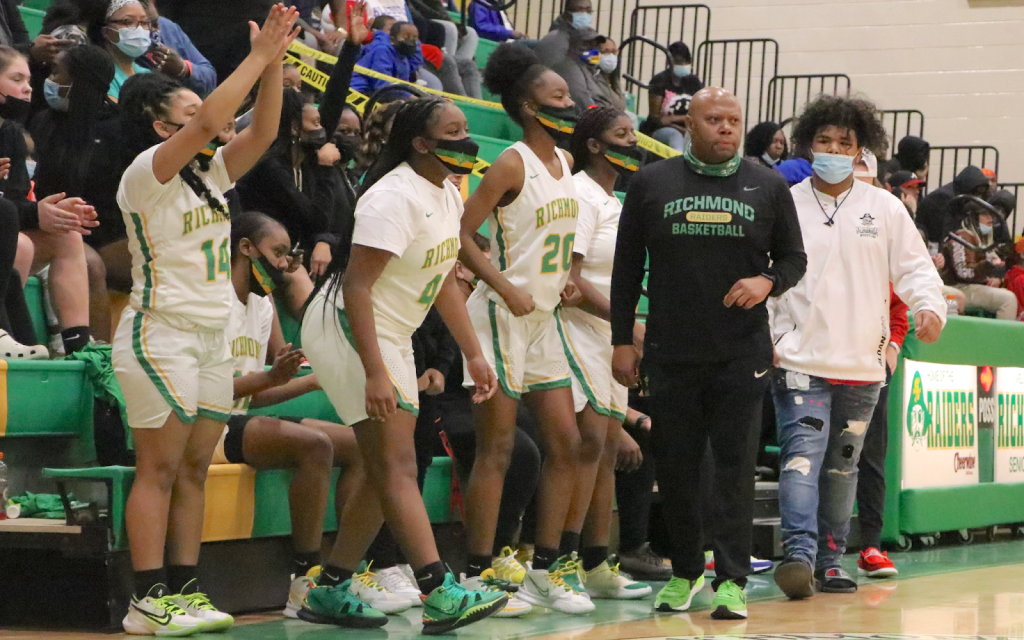 ROCKINGHAM — A full week of Richmond Senior High School basketball will continue with the Lady Raiders on Wednesday and Thursday.

Like the boys’ team, the girls’ program will host a two-day home jamboree to kick off their summer campaign.

Head coach Teddy Moseley, preparing for his fifth full season in charge of the program, organized the tournament to give his team and others a chance to grow over the summer.

“The goal is just to try to gain more experience,” Moseley said. “Finding local jamborees for women’s basketball can be difficult, so I wanted to give our girls and other teams a chance to play this summer.

“We are always going to be a young team,” he added. “We’ve lost Jai’Maya Ratliff (until graduation) and we’re trying to fill the void by losing other players. This is an opportunity to try and fill some of those places.

Moseley said Richmond will field two teams, splitting its varsity team in half and mixing in some junior varsity players. Pine Forest will also have two teams.

All matches will consist of two 20-minute halves with a clock. The clock will stop in the last two minutes of each half and teams will be allocated four 30-second timeouts in each game.

Scoring will be maintained using two- and three-point shots, and shooters must attempt all free throws.

“Defense is our focus this summer,” Moseley explained. “We will work to be in the right places at the right time.

“We have some size coming from JV and with ninth graders rising, so we will be looking to put the right pieces together. This summer is all about seeing what works well and improving areas that need it.

After the home jamboree, Moseley and the Lady Raiders will compete in an event next week in Union Pines.

Open to the public, admission to the Lady Raiders jamboree will cost $5 per person and will go to the basketball team’s general fund.