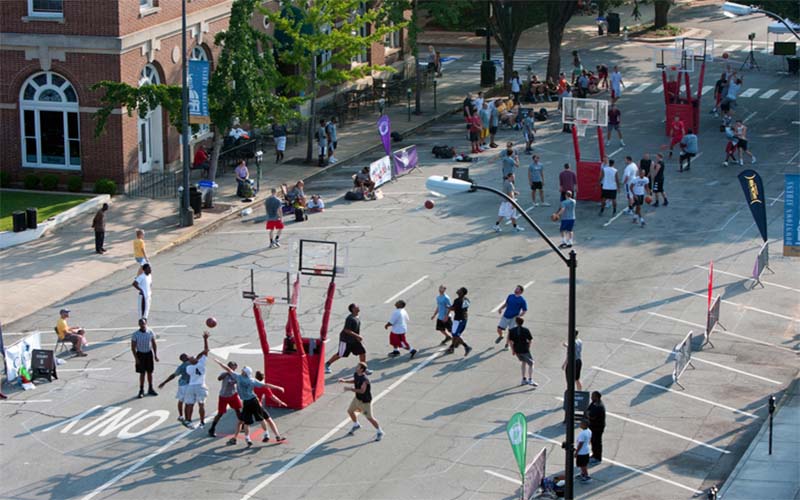 The city of Everett will host a 3-on-3 basketball tournament on July 9-10. The event was created by Eventuris who have experience hosting similar events like Hoopfest in Spokane and the RipCity 3 on 3 in Portland, Oregon. Everett 3 on 3 is a brand new event, with plans to continue to hold it annually in downtown Everett.

The event is presented by Boeing and many companies such as Kaiser Permanente and McClain Insurance also sponsor the tournament. Two streets will be dedicated to the upcoming event, the first including Colby, Pacific and Everett and the second including Wetmore, Hewett and Everett. This event will feature many attractions for spectators, including food trucks, the McClain Slam Dunk Contest, Funko 3 Point Shot Contests, the Everett Downtown Storage Skills Challenge, and various merchandise vendors.

Rick Steltenphol, one of the organizers of this event, has over 8 years of experience in organizing similar tournaments in many cities. “Washington is a huge basketball state, we have many different levels of players across the state, and it will be great to see the talent that attends this event,” Steltenpohl said in an interview. “The City of Everett has been so enthusiastic and welcoming towards this event, and we are extremely excited to see what happens.”

The tournament will consist of a bracket system based on ages, these matches will be played on Saturdays. The winners of each respective bracket will then compete in a series of ranked matches on Sunday to compete for the championship, which is a 3-of-3 Everett branded t-shirt. There will also be a men’s and women’s Elite division bracket, where both Men’s and women’s winners will receive $1,000, including $500 for each winning team. A wheelchair division is also available and free of charge.

Players between the ages of 8 and 35+ can register for the event before July 1, with fees corresponding to each age. The Funko 3 Point Contest and the Everett Downtown Storage Skills Challenge allow everyone to participate. “This event is open to all ages and abilities, and we are excited to have this event happening!” Steltenphol said. To keep track of the games, the event will provide a free app which can be downloaded from your respective app store once the tournament has started.

Kaiser Permanente will provide first aid, as well as health and safety protocols for Covid-19.

To register for this event, or if you want more information, you can visit: Everett 3of3